I really love electronics in all forms and I wanted a chance to contribute some how. I started to think about ways to improve iOS and at the time there were several areas that could be improved, but one stood a bit taller then the others. Notifications was the area where even the most hardcore fan could agree that Apple was a bit neglectful on. Users where being harassed with numerous intrusive popups, and you had to act on them right away.

I really love electronics in all forms and I wanted a chance to contribute some how. I started to think about ways to improve iOS and at the time there were several areas that could be improved, but one stood a bit taller then the others. Notifications was the area where even the most hardcore fan could agree that Apple was a bit neglectful on. Users where being harassed with numerous intrusive popups, and you had to act on them right away.

There were a lot of really great concepts for iPhone notifications, but they all seemed to stray away from what was the look and feel of iOS. So my idea was pretty simple, I created a concept using only the existing graphical resources of iOS, short of a few few exceptions.

My idea was to use the app switcher menu to display notifications when the device was active.
When I started thinking about how to improve the notification system I felt almost immediately that Apple is all about apps, so why not make an app that handles this task. Take Settings for example, one would think that the entrance to this would be more integrated into the system, but in Apples case they view it as just any other app. Therefore you as a user can choose whether this is important to you or not, i.e. noteworthy of a first page placement or even quick launch bar. Having one app that handles all notifications also reduce the time you have to spend hunting them all in various apps.
The app itself is was very straight forward. The notifications was structured in three simple views. The first was a list view in order to get an overview. The second was an extended view where you could read the full messages just like in an RSS news feed. And the third was notifications grouped by app, this way if you get 10 mails and 15 Facebook wall posts you could still find your 2 SMS messages quickly. In all views you could also clear all notifications. Note that this only clears the notification, the actual messages would still be there.

I thought long and hard about notifications on the lock screen. Apple was doing it already, only it’s one at a time and you couldn’t really act on it. I felt that the space between the clock and lock bar could be used more effectively. So I started adding more notifications in almost the same style as the app. I took away the time and date to clean up the impression a bit. It was just glanceable information in my view.
I was looking at the lock screen and felt that you simply had to be able to act on the individual notifications, but how? Just enabling the ability to click a notification seemed dangerous. Pocket calling would increase ten fold. Then it dawned on me, why not slide the app icon in the same way you slide to unlock. This way it’s a reduced risk of accidentally calling your boss at a Friday night.
That function actually made it’s way into the final product. I released this movie and pictures about three months before Apple unveiled iOS 5. I think they certainly must have had this idea in some form or another during this time. But it could quite possibly have been one of a number of ideas and the positive feedback I received during the months before the keynote could have pushed them towards this solution. But I guess I will never know ;)

Here are some of the highlights after I published my work: “Brilliant Designer Shows Apple How iOS Notifications Should Work” – Softpedia.com
“Apple, Please Hire This Man And Implement His iOS Notifications Already” – Read Write web
“An iOS notifications concept that we wish was real” – The Next Web
“How Notifications on iPhone Should Work” – MacTrast
The concept was also mentioned at 9 to 5 mac and Tuaw.com
I’ve got in contact with some really creative and inspirational people and have gotten a ton of great suggestions and ideas. The response from the gadget community was completely overwhelming, and I am so happy that I got the chance to share my concept. 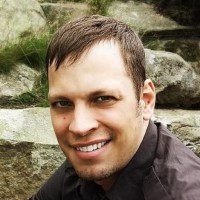